Discover the latest in the field of non–small cell lung cancer (NSCLC) immunotherapy from two advanced practitioner experts, Elizabeth Waxman, RN, MSN, ANP-BC, AOCN, and Whitney Lewis, PharmD, BCOP, both of The University of Texas MD Anderson Cancer Center. Learn from their conversation focused on the differences between PD-L1 and CTLA-4 inhibitors, associated side effects and immune-related adverse events, and the role of PD-L1 expression in NSCLC treatment. 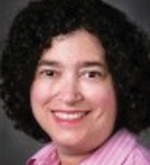 Ms. Waxman is a nurse practitioner who has worked in the Outpatient Thoracic Medicine Oncology Clinic at MD Anderson for more than 20 years. She has coauthored several publications and delivered presentations on lung cancer at numerous society conferences. 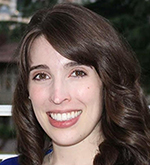 Dr. Lewis is a clinical pharmacy specialist. She has presented on lung cancer pharmacology at numerous regional and national conferences, and has served as co-author on several publications and research presentations.

As you know, there are several different immunotherapy agents approved for the treatment of non–small cell lung cancer, for example, PD-1, PD-L1, and CTLA-4. What are the differences between these agents?

These drugs either have a very simple or very complicated mechanism of action. When we think about T cells and the immune system, they're an essential component to antitumor immunity, and they require co-stimulation through a variety of mechanisms and co-stimulatory factors. When we bind the antigen-specific T-cell receptors to the major histocompatibility complexes accompanied by these co-stimulatory signals, then you can get T-cell activation, or you could get T cells to kick back and relax a little back. For example, CD28, which is on co-stimulatory T cells, binding to B7 on antigen-presenting cells causes full T-cell activation, and when we block the tumor interfering with that, it releases the brake on the immune system.

CTLA-4, PD-1, and PD-L1 work really differently. PD-1 is present on the cell surface of a lot of immune cells: T cells, B cells, natural killer cells. PD-L1 and PD-L2 are the ligands. PD-L1 specifically can be expressed on a lot of different cells, but most pertinently a tumor cell. So when we block that interaction between the T cell, either on the side of PD-1 and your immune system, or PD-L1 at the tumor, then we're blocking that braking on the immune system. So you are accelerating again, waking back up your T cells. And when you're doing that, you can start to release more interleukin 2, interferon gamma, and TNF alpha, and that causes inflammation in the tumor microenvironment and ideally recruits more tumor-infiltrating immune cells. So it's a complicated process.

CTLA-4 works totally differently. It’s expressed by CD4 or T helper cells, and CD8 or cytotoxic T cells, as well as T regulatory cells, and that functions early on in T-cell development, when they're still chilling out in the lymph nodes during their priming phase. So if you can block the CTLA-4, then you won't have T cells that are getting released from the lymph nodes in their resting state, and they'll instead be active. CTLA-4 will outcompete the CD28 for that co-stimulatory signal on B7. So when you block the CTLA-4, you can once again get CD28 binding to B7, causing the T cells to be active again in the circulation.

So they work really differently, in a more complicated manner, but just to put it simply, if you're blocking the tumor from that crosstalk with the immune system, then your immune system can wake back up, recognize those cells as things that are foreign and that shouldn't be there, and recruit all their friends to come infiltrate it and kill the tumor that way.

What PD-1, PD-L1, and CTLA-4 drugs are approved for the treatment of lung cancer?

There are three PD-1 drugs used for lung cancer: pembrolizumab, nivolumab, and cemiplimab, which is used for cutaneous squamous cell carcinoma. We also have three PD-L1 drugs. Durvalumab is one of those, along with atezolizumab and avelumab. And then ipilimumab, to date, is the only FDA-approved CTLA-4 inhibitor, although there are several others in development.

When we first started conducting PD-L1 testing among our lung cancer patients, if patients had PD-L1 high expression, immunotherapy could be given single-agent as a frontline therapy. If a patient had low PD-L1 expression, immunotherapy wasn’t recommended as a frontline single agent, but possibly in combination with chemotherapy. So is PD-L1 testing still relevant? Are we still going by overexpression to treat patients?

I think there are two different schools of thought. Providers can look at all of the different FDA-approved regimens and say, “Well, I can give any of these chemotherapy/immunotherapy combination treatments regardless of the patient’s PD-L1 status, so I don't need to check expression levels.” Or you can take the other approach and say, “It’s still nice to be able to know,” because even if you have no PD-L1 expression, you can still have a response and benefit from these drugs. If you have a high level of PD-L1 expression, then you know your patient is more likely to respond to immunotherapy and more likely to have a longer duration of response. But to your point, if you're going to give a chemoimmunotherapy combination, it doesn't really matter, because you can prescribe chemoimmunotherapy to your patient with a PD-L1 expression of 0% or above 50%. From that perspective, it doesn't really matter.

When you’re picking a treatment, what considerations do you take into account for a patient who's going to be treated for stage IV non-small cell lung cancer? Is PD-L1 expression something you think about, or are there other factors you’re more concerned about?

In a perfect world, you could just be concerned with the patient’s comorbidities, performance status, etc. But insurance approval is a real-world issue that many of us have to deal with.

What about toxicities that come along with these PD-1, PD-L1, and CTLA-4 agents? Are there any differences in toxicities, or are they all just organ inflammatory issues?

Yes, they can all essentially cause any inflammation anywhere in the body. These drugs can cause all the “-itises.” But there is a little bit of difference between which “-itises” are more common with CTLA-4 versus PD-1 and PD-L1. With CTLA-4, we see a lot more diarrhea, and we worry more about colitis with that. It can cause more adrenal insufficiency or hypophysitis. Rash is a little bit more common with CTLA-4.

PD-1/PD-L1 agents have some subtle nuances. Some data shows that PD-L1 agents cause a little bit less pneumonitis, but the risk is still rare with both of those. For PD-1/PD-L1, we worry a lot more about endocrinopathies, like thyroid issues, both hyper- and hypo-. You see more infusion reactions, although again, still really rare. And pneumonitis overall is more common with PD-1/PD-L1 than with CTLA-4, and that's because it’s still expressed in your lung tissue, so it's still an on-target side effect, but also overall really rare.

Yes, patients can get any side effect essentially at any time, even after they finish the drug. I've had patients develop skin toxicity a year after stopping immunotherapy. So we really never want to stop monitoring them.

But gastrointestinal and skin toxicities seem to happen earlier, like a couple of weeks into therapy, even into the first few months. And then it's much less common after that time period to develop those side effects. Whereas things like renal insufficiency and hepatotoxicity might take a couple of months to develop, and pneumonitis can really happen any time. I've had a patient experience pneumonitis on their second dose, but other patients experience it on the 20th dose. So you just never really know. However, most of the toxicities come in the first 6 months. So if patients have been on therapy for a while, it's much, much less common for them to develop these toxicities later on. But again, not impossible.

And when evaluating patients, we shouldn't forget that fatigue is an issue, but it's not fatigue due to anemia or something else. The immunotherapy affects the thyroid. Not everybody gets thyroiditis, but I have several patients on thyroid replacement medicine because their immunotherapy affected their thyroid.

Yes, that’s actually pretty common, happening to about 15% of patients receiving immunotherapy.1,2 It’s definitely something to look out for. Fatigue is one of the most common side effects of immunotherapy, but it's generally well managed.

So once upon a time, way back when immunotherapy first hit the treatment landscape for lung cancer, there was a question of treating immune-related toxicities with steroids or not for fear of dampening the potential immune response. But now it seems as if steroids play a role in treating the toxicities. Is that right?

Yes, absolutely. We've got lots of real-world retrospective data now that patients who are having a good response to immunotherapy but experience a toxicity from the immunotherapy, it’s okay to go ahead and give them steroids to try to help manage that. It has really not been shown in lung cancer, nor in melanoma, that it dampens the immune response at all. So those T cells that you've primed to be tumor specific, that line of cell maintains its viability.

When we're giving chemotherapy and immunotherapy together now, nausea is still something that we need to worry about. Carboplatin in the NCCN guidelines is listed as highly emetogenic, and if you look at the clinical trials, everybody gets at least a little bit of steroids with that. So we really shouldn't be afraid of giving steroids, not only to help some of these immune-mediated side effects, but also to make sure that patients are able to tolerate the whole regimen, including the chemotherapy. And that doesn't mean we want them to be on high doses of steroids for weeks. But it's fine to try steroids on those first few days, just to get patients over that hump with the nausea as well.

NSCLC: An Overview of the Current Treatment Landscape