JADPRO Expert Conversations in Follicular Lymphoma: When to Treat vs. Observe

Learn from two expert advanced practitioners in the field of follicular lymphoma (FL) as they discuss best practices and tools for treatment selection. Haleigh Mistry, MS, PA-C, and Prachee Singh, PA-C, both of the University of Texas MD Anderson Cancer Center, review the GELF and FLIPI criteria for determining patient-specific FL treatment, insurance coverage concerns and the impact of financial toxicity, and the critical role of patient education and empowerment in this process. 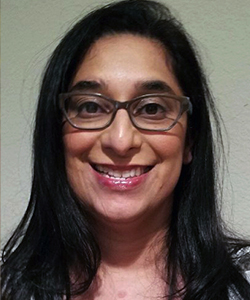 Prachee Singh, PA-C, is a physician assistant in the Lymphoma Department at The University of Texas MD Anderson Cancer Center. Previous to her current role, she worked for 16 years in the Department of Interventional Radiology and Sarcoma Medical Oncology. She is passionate about research, performance improvement, training, and patient education. 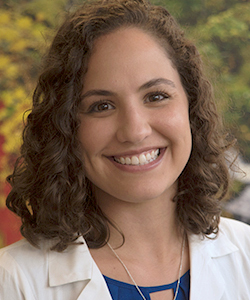 Haleigh Mistry, MS, PA-C, is a physician assistant in the Lymphoma/Myeloma Department at MD Anderson. She has given several talks at conferences and has published numerous case studies and articles, on topics ranging from current therapy to long-term survivorship. She currently runs the advanced practice provider–led Lymphoma Survivorship Clinic.

Once a patient has been diagnosed with follicular lymphoma, one of the primary resources for treatment algorithms is the NCCN Guidelines. However, a provider may note that the guidelines do not necessarily delineate when to treat versus when to observe a patient with this diagnosis. Haleigh, what are some current tools or criteria that should be considered to help make this decision?

One of the main ways we decide whether a patient should be observed versus undergo treatment for their disease is by looking at the GELF (Groupe d'Etude des Lymphomes Folliculaires) criteria.1 These criteria suggest that you should treat when a patient has three lymph nodes in three distinct areas, with each node greater than or equal to 3 cm in diameter, or a tumor greater than or equal to 7 cm in diameter. It also doesn't take into account the stage, but rather the tumor burden. And if the patient is symptomatic with, say, splenic enlargement, ascites, or pleural effusions, we would want to treat them.

Another GELF criterion is whether the patient has cytopenias, which are defined by leukocytes less than 1.0, a platelet count of less than 100,000, or if the patient is in a leukemic phase with more than five malignant cells in the peripheral blood.

If a patient doesn't meet GELF criteria, are there any other components you think are important to determine whether or not they should start treatment?

One of the other tools that providers use is the FLIPI (Follicular Lymphoma International Prognostic Index) criteria.2 However, it is important to delineate that while it may influence treatment decisions, it is actually more of a prognostic evaluation and risk factor assessment tool to compare outcomes in clinical trials. The FLIPI criteria is defined as patients age 60 years or older, stage III to IV disease, hemoglobin of less than 12, elevated LDH, and more than 5 nodal sites. For each of these criteria, there's one point assigned. And then you're also categorizing the risk: low risk would be zero to one factor, intermediate would be two factors, and high would be three or more factors.

One of the things I think is very interesting about the FLIPI criteria is that it was developed back when there weren’t as many treatment options as we have now and when the likelihood of cure was much less. It may be somewhat anachronistic to some providers who do not utilize it, but it does give insight on overall survival and, in turn, can help educate your patient about their disease.

Other than these tools, what are some of the other core elements that providers can use to make the treat-versus-observe decision?

Performance status definitely comes into play here when choosing observation versus treatment, but also which treatment we're considering. Much of this is based on the patient's initial workup and staging, so we want to identify where the patient's disease is and the extent. From there, you're taking into consideration the patient's symptoms and their disease involvement, and looking at their pathology and molecular studies.

For example, does a patient have a rapid proliferation rate on the pathology, such as Ki-67? If it's a high number, indicating a faster growing lymphoma, it's important to treat the disease, even if the patient doesn't necessarily meet GELF criteria, or doesn't have a high FLIPI tumor burden. We know that a faster-growing type of follicular lymphoma has the potential to morph or transform into diffuse large B-cell lymphoma, which would then definitively require chemotherapy.

In addition to looking at the patient objectively, it’s important to factor in the patient's long-term goals. If this is a patient who happens to be a young 20 year old—although rare for follicular lymphoma, but I've seen it—they're going to have different long-term goals than somebody who is 85 at diagnosis. A young patient may want a more aggressive treatment up front and aim for a longer remission time period, versus an 85-year-old patient who may not be willing to go through chemotherapy up front but yet wants some treatment that has easier-to-tolerate side effects or administration, like a pill.

The patient's anxiety level plays into the decision too. I have patients who don't necessarily meet GELF criteria, but when they have one lymph node, even if it doesn't bother them, they want treatment, and sometimes that is appropriate.

One of our faculty members calls this the "mental toxicity." Some patients become quite anxious when they don’t meet criteria for treatment, especially when they have slowly enlarging nodes. For those patients whose providers follow GELF criteria more stringently, it’s a matter of time before they will need treatment and they wonder when this will happen.

There are so many personal aspects that you have to balance when making the decision to treat. That’s why it’s so important to educate patients thoroughly and know that some of these conversations can take a very long time to properly weigh the pros and cons. Whether to treat or observe is not always immediately clear, and patients may need time to consider their options carefully. It is not a straightforward decision and can evolve with time.

Let's say you have a younger patient with a good performance status and a young family. They do have true follicular lymphoma, and let's say they meet GELF criteria. How do you pick a treatment, and how do you have those discussions with the patient and the patient's family?

If they meet GELF criteria and have high-burden disease, we definitely want to encourage treatment for them. It's important that they understand that they're going to live a presumably long life, as most of these patients' overall survival is fairly long.

For a patient in their 20s with no other medical issues, I would discuss treating with a clinical trial if available, R-CHOP (rituximab, cyclophosphamide, doxorubicin, vincristine, and prednisone), or perhaps BR (bendamustine, rituximab), which has shown better survival and a better toxicity profile. Do you agree?

I do agree. I would also consider other therapy options such as lenalidomide or rituximab. But when you have a young patient who may want to start a family, something like short-course BR, with 6 months of clearly defined therapy, would allow them to have kids in a year or so after therapy, versus something like lenalidomide/rituximab, where we know the patient can't and definitely should not conceive while being on lenalidomide or for several months after finishing it.

Another thing that I talk to my patients about is their travel needs. Where do they want to get therapy? And if the patient wants to get treatment with our institution, we also try to screen for clinical trial options and present those as possibilities.

Insurance also plays a huge role in what treatment we choose now, especially with the financial burden. We also know that follicular lymphoma tends to be a chronic disease where we sometimes see patients relapse over and over. Therefore, financial burden is definitely something to take into consideration because these patients are going to be paying out of pocket for at least a certain percentage of their treatment.

Are there certain therapies that you have seen not be covered by insurance as much some others?

If the patient has insurance, treatment is generally covered. However, I have seen some push-back by insurance companies approving lenalidomide for front-line disease. I've also seen it for relapsed disease. However, we usually can get it approved. Although even if a patient is approved by insurance for front-line treatment, I have seen patients in that Medicare doughnut hole who have a very large co-pay for something like lenalidomide. They may have to pay $3000 or $4000 a month, and that's not sustainable for many patients.

So therefore, we may have to prescribe rituximab alone and see how the patient responds, followed by restaging. Then maybe the patient is eligible for a clinical trial or some other treatment, or maybe we'll have to go to something like BR. We do sometimes have to change therapy and our overall treatment strategy based on financial toxicity.

How much do you use the patient's input in the decision-making process: when to treat, how to treat, and what treatment options you're going to provide?

We factor in patient input a great deal, actually. There are some providers who really do follow the GELF criteria fairly literally, but that’s only one piece of the puzzle. We should be considering all the other factors we’ve discussed—the mental aspects for the patient, insurance coverage, the long-term complications—and, as providers, we should share our recommendations and advocate for the patient and their wishes.

Educating our patients, providing them with the treatment options, and educating them on potential or likely toxicities up front is extremely powerful. Knowledge is power, and the more we educate our patients and let them be part of the process, the more likely they are to be at peace with the decision and feel empowered.

JADPRO Expert Conversations in Follicular Lymphoma: When to Treat vs. Observe